Advertising that hits the goal

Unlike advertising on a hot-air balloon, not only can you start with an airship at any desired location but also choose a fixed route or an event for your advertising message.

If you do not want to buy a hot-air airship, we can also manufacture a banner for you which you can use on one of our airships.

Please contact us. We will be glad to advise you.

"Manchester calling" Order of events and scope of an airship employment

The order: an airship employment during the football derby between Manchester City and Manchester United

The goal: the Etihad campus of Manchester City

The ambition: to announce the new partnership between Tinder and the football club Manchester City.

Two airship employments were planned. The first took place the day before the football game. Spectacular images of the venue and the backdrop were created. The pictures could be published the next day before the game. On the actual day of the game, the airship could be seen over Manchester for the second time. It encircled the stadium during the half-time break. So the spectators in the stadium and in front of the TV were able to marvel at the advertising banners with the slogan: “Tinder and City #perfectmatch”.

We manufactured the banners for this campaign.

The effort was a complete success for everyone involved!

Do you want to advertise in the air?

Please let our team of experts advise you.

Please contact us if we have caught your interest. We would be happy to make an appointment and show you the fascination of advertising in the sky!


Robert Meyknecht is a graduate engineer, H3 examiner, aviation expert and pilot. He founded the company in 1995. He has always been driven by adventure in connection with the technical knowledge of successful aviation. For him, quality and safety are always central. 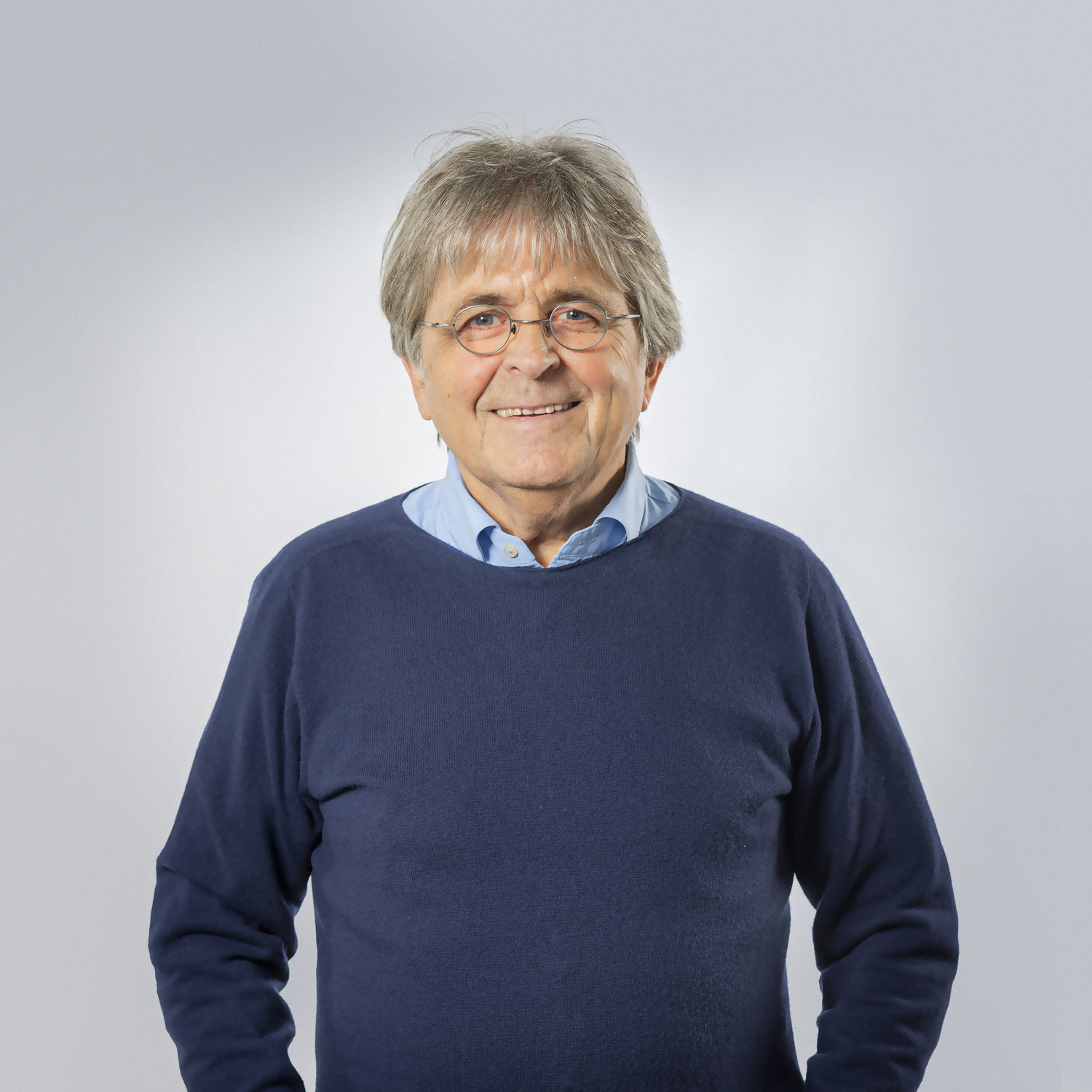 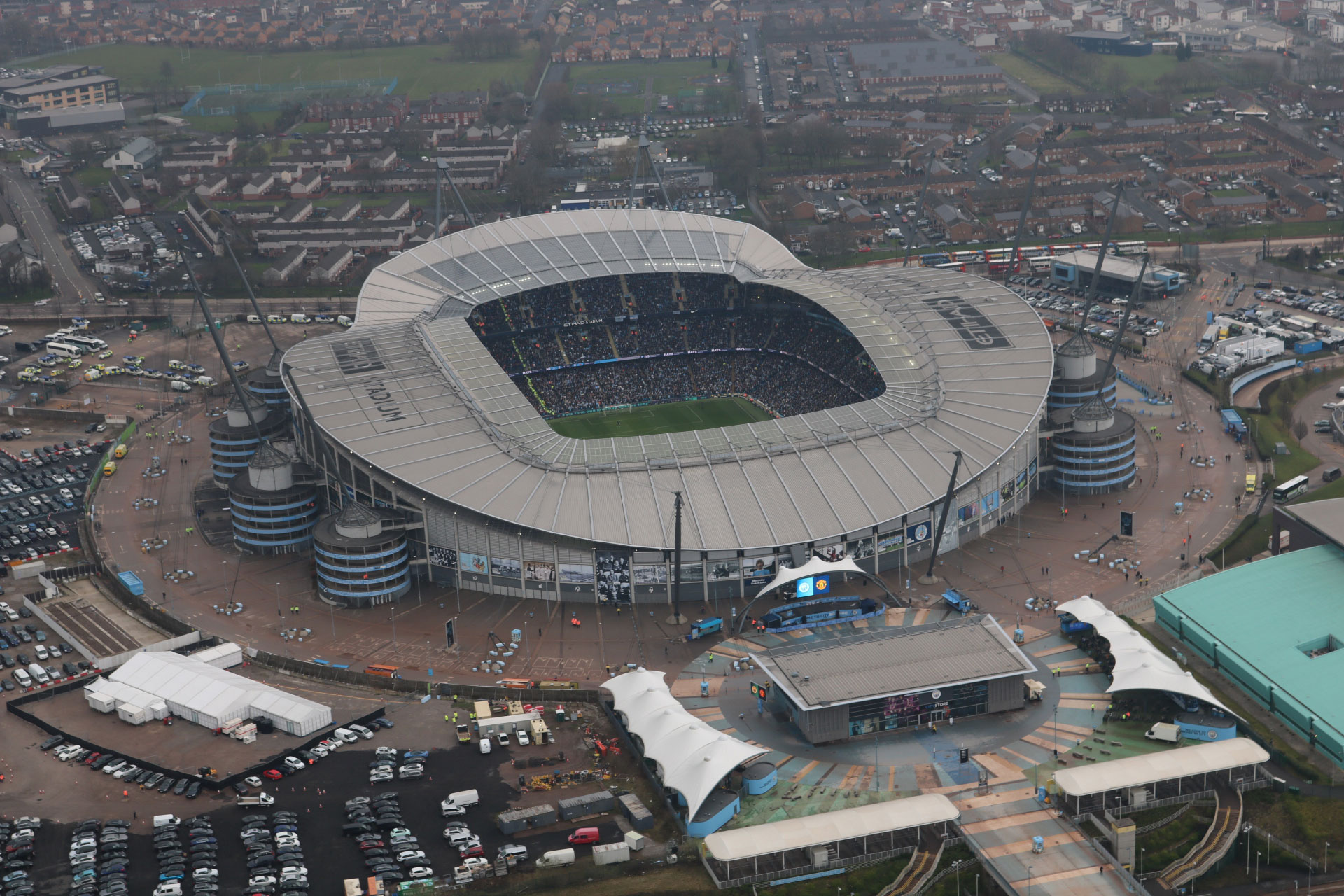 View from the airship 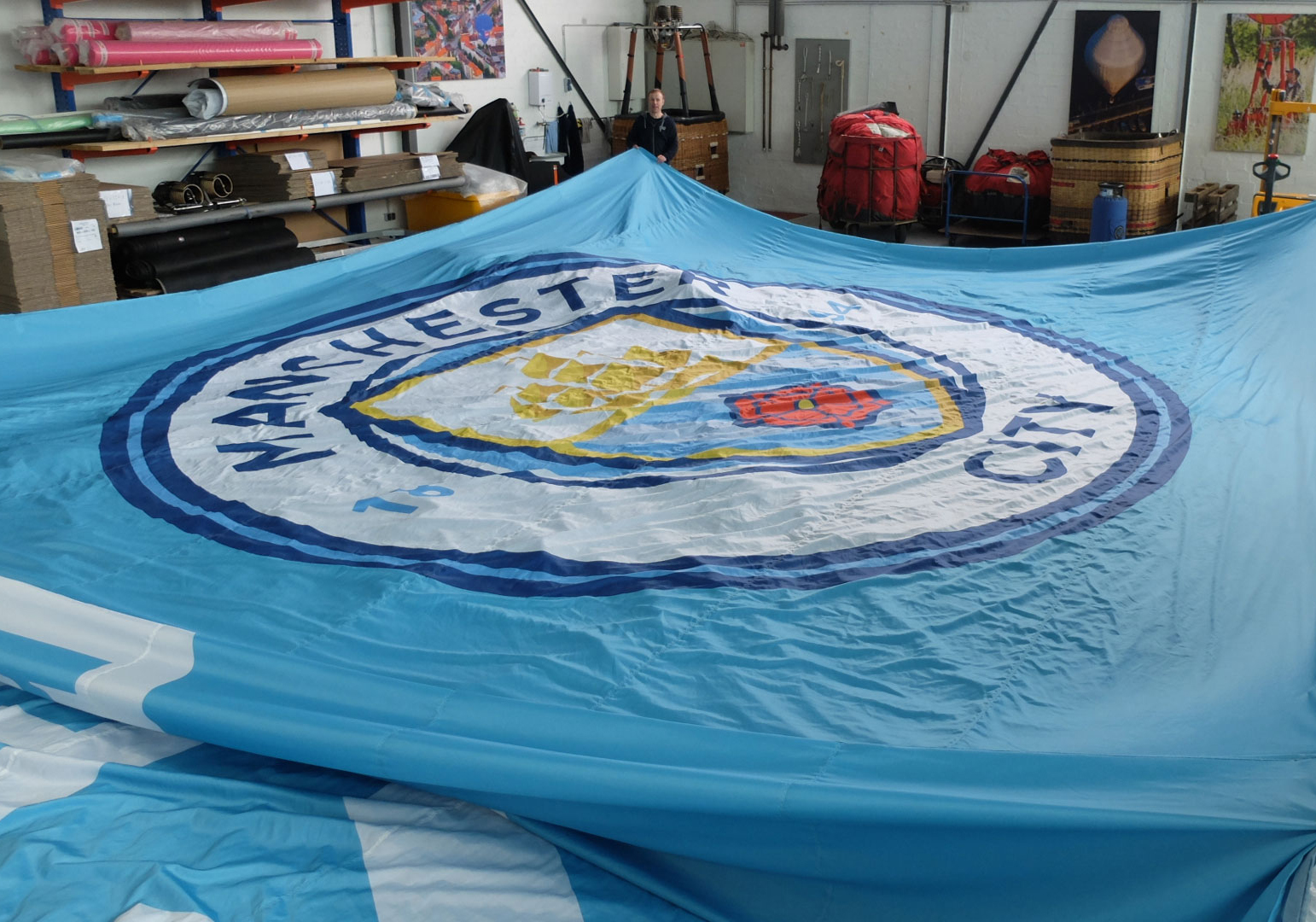 The banner during production in Lübeck 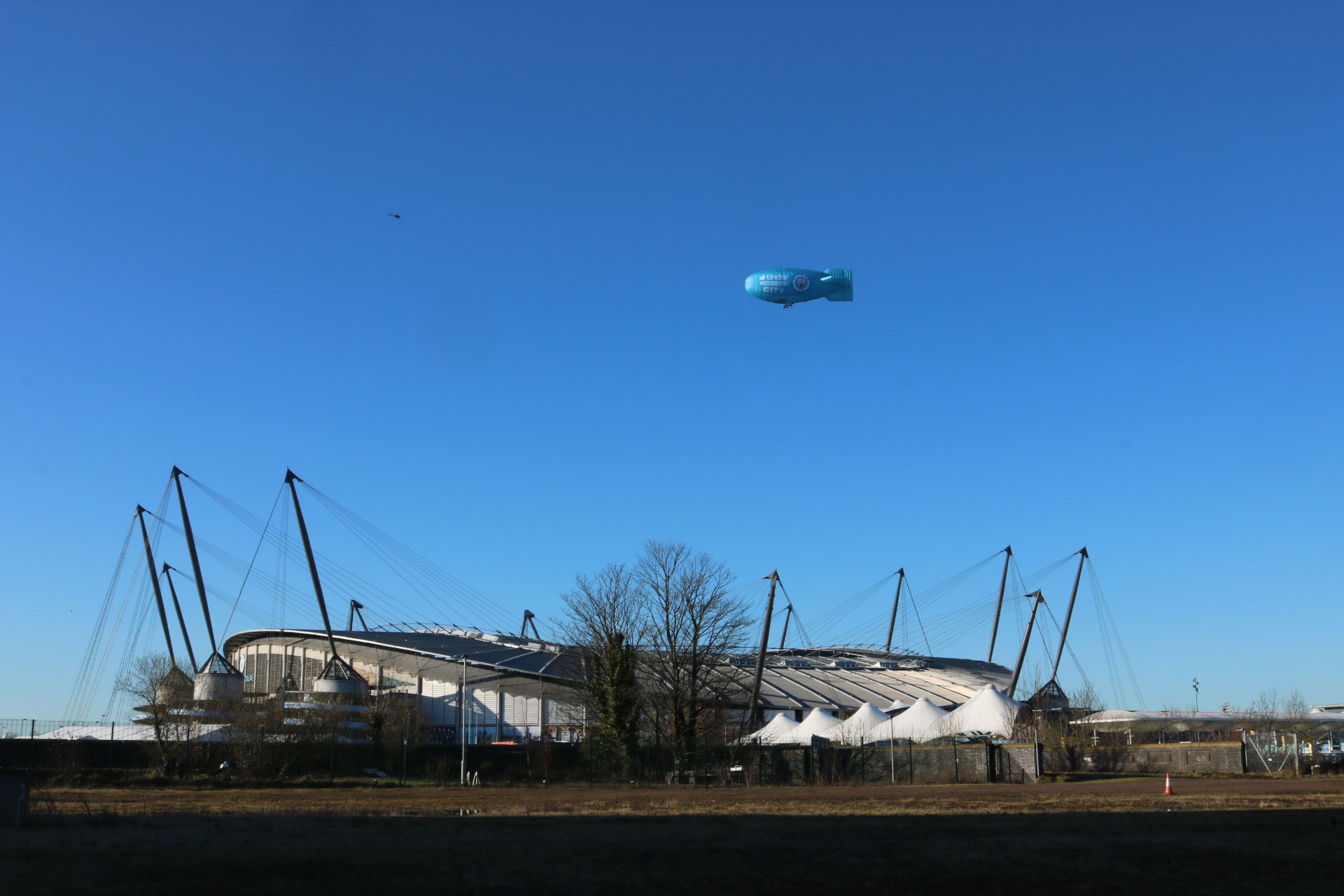 Above stadium of Manchester City 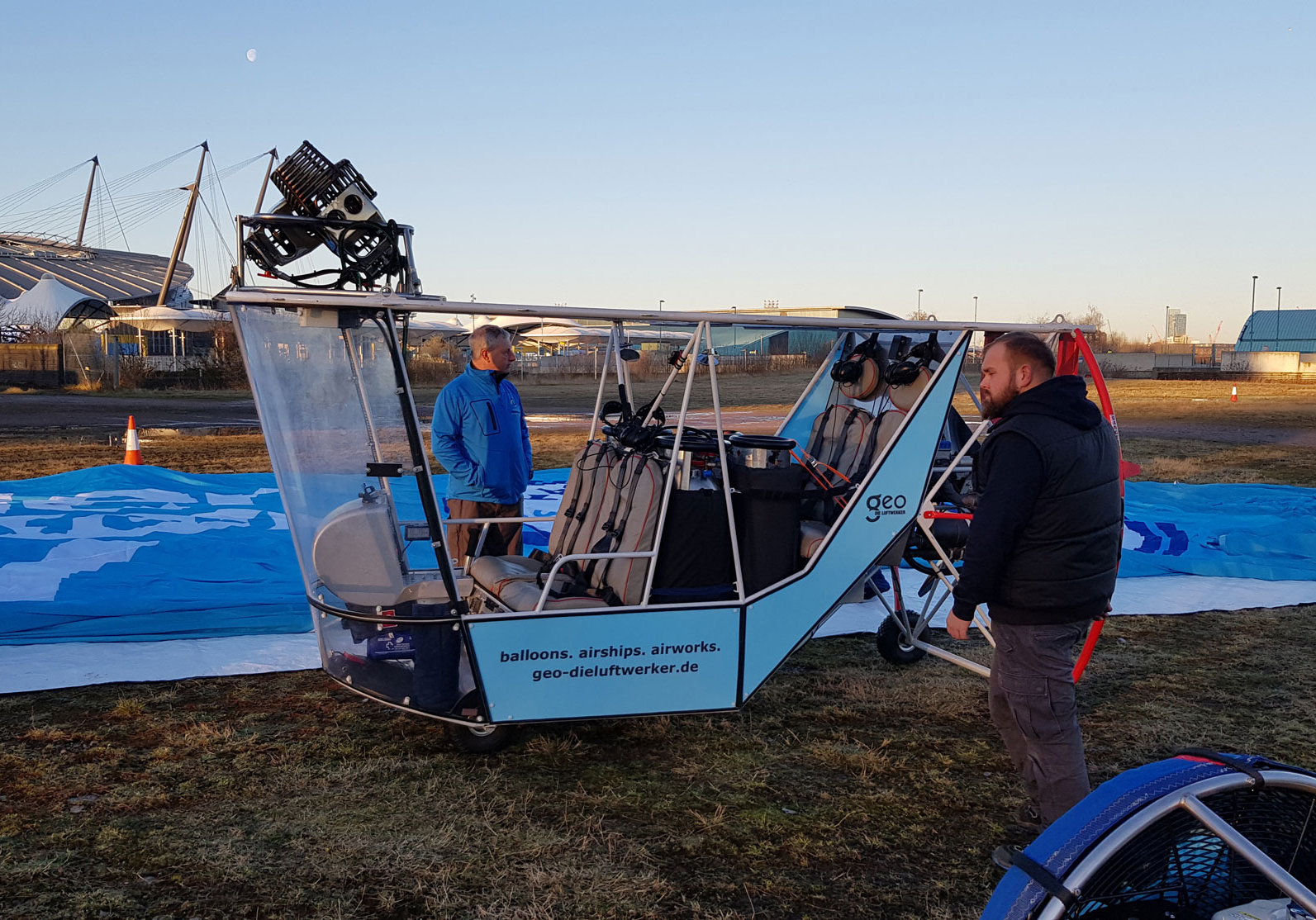